What I think about them: When I listen to their album, I have this overwhelming feeling of wanting someone to kiss me. Yeah, too personal, but the mood of the album creating clarity in a situation milled with sexual tension. Some people might not get the band, confused with their labels like electronic, post-punk. Well, labels can be such a piss sometimes. How about calling them a supermodern Portishead?

What’s new: The band, who won the Barclaycard Mercury Prize earlier this month for their debut, ‘xx’, and  Smith’s ‘Far Nearer‘, his new single, is set to hit UK radio tonight (September 28). The song, according to UK radio stations, will be released sooner.

“It’s a tune I made on one of our short breaks from touring and I was eager to make some new music,” he explained. “I got a steel pan and made this track and it is coming out on Numbers Records in about a month or so.”

This piece of news, despite not what I really want from one of the band’s members (NEW ALBUM please), it certainly entertains.

NOT SO OLDIE BUT GOODIE. Shared to the world by the one and only Andreas Kleerup. iPod must have!

♫ Kleerup – Until We Bleed (With Lykke Li)

This sick mashup warrants a “OMFG This sizzles!” to anyone. If you hate it, you must have otitis or think Vanilla Ice is the best artist of all time. He’s like the yearbook photograph you don’t want anyone to see. From down under, the edits featuring Yael Naim’s New Soul and Lil Wayne’s A Milli is purely deletable.  Lezington might sound foreign to you so check him out here – Facebook | Soundcloud!

♫ The Rapture Vs. Notorious B.I.G – “No Sex For Cali” (Lezington Blend)

This week’s Weeklies (aptly entitled Skull and The Hot Mess) is a menagerie or mixed tunes both old and new from my favorite artists. A sweet tune from The Real Tuesday Weld to open the set followed by the riotous new track from Kanye West. Monster may put you off at first but give it another try, it may get you later.  The Rapture continuous the rising action of this set followed by synths and keyboards of a Swedish House Mafia and Miike Snow mashup. You guys have to get the Silvia To Ibiza, it’s perf. Then my chillwave fave from Toro Y Moi. There are more tracks to discover and enjoy off this set so hang in there, and enjoy!

To get to the bottom of this Weeklies’ title, I’ll show you this:

If you don’t know what this is, then you better check out Skullcandy‘s new feature in their website. Witness… The Virtual Room. Before you shrug this off, this augmented reality lets you virtually try on their Aviator Headphones. Pretty cool huh? Jay-Z and Rita Ora are reportedly fans of their Roc Nation Aviator series so you better give them a shot! If its not your kind of thing, you can get something else fit for the rebel/dj/partyphile in you. Here’s a shout out to a few of my buddies up in Stance, who makes your argyle socks look like a thing of the past.

WEEKLIES – Skull and The Hot Mess by Thieves By Tuesday

A well-made mix of William Fitzsimmons‘ So This Is Goodbye by Pink Ganther. Just the right combination of trance and dreamy synths. MUY PERFECTO. Buy his new album here!

♫ William Fitzsimmons – So This Is Goodbye (Pink Ganter Remix)

The Freelance Whales from Queens issued some feel good vibes with this song. Buy their new album Weathervanes here. I always put this on when I need perking up. Here’s to a very interesting Friday!

♫ Freelance Whales – We Could Be Friends

The Thermals – I Don’t Believe You by Thieves By Tuesday

♫ The Thermals – I Don’t Believe You

This track puts the band back where they belong, sounding giddy and aggressive.

Right below you can preview the studio version of Kanye West‘s newly revealed “Runaway, ” featuring Pusha T and “Good Friday” with Pusha T, Kid Cudi and Common. It might be a demo take, as the vocals sound a bit rough. But its a CDQ so everybody wins!

You can hear the two, below. Download if you dig 🙂 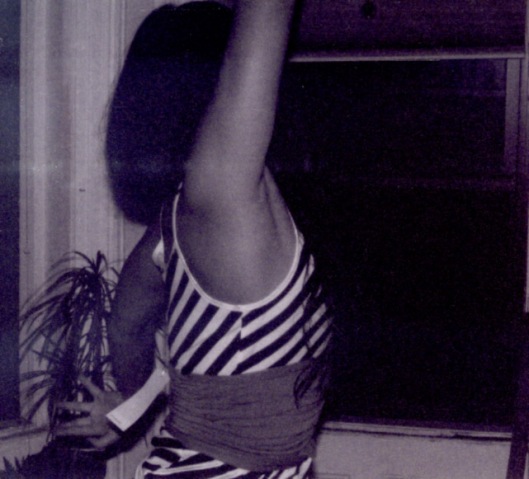 These guys are so good. And ‘m not just talking about their music.
Their secrecy is part of their charm.

You didn’t really fall for their claim of hailing from Trinidad and Tobago, did you? Thought so. Fortunately, some hard core fans pointed us Sydney, Australia- Bondi to be exact and their names are Hugo and Jimmy. Local Sydney lads kicking ass. And some dreamers say Flight Facilities is Bison M and Calvin Harris. Well, that’s up to you who to believe.

What makes me even more interested in them is the fact that to date, Flight Facilities has only released one original song: “Crave You” featuring Giselle Rosselli. Other than that are remixes from Bag Raiders, Toecutter, Sneaky Soundsystem and The Lowbrows, which you can download out below.

Their music video for Crave You can be viewed below too. I love how the different white balances / colour gradings follow the characters when they swap at the end.

♫ “Dream In The Desert: (Flight Facilities Remix) by The Lowbrows

Yet again, Swedish tugs my heartstrings. Now with folk and blues singer Kristian Matsson, better known as The Tallest Man On Earth. Wild Hunt, was dubbed as one of the years best albums and I wouldn’t wonder why with the scruffy flow accompanied with loose orchestration.

A week ago, a follow up EP was released on iTunes entitles Sometimes The Blues Is Just A Passing Bird along with the single, “Like the Wheel.” We’ll have to wait til November 9 til the release of the whole EP, but in the meantime, gobble up the single, available for downloads below.

♫ “Like the Wheel” by The Tallest Man On Earth

I’ve always had the biggest love for his work as Final Fantasy. The great form he has with his interaction with the violin is a pretty good combination. Though it seemed like eons ago since he announced his work being renamed to simply, Owen Pallett (yes, it was last December 2009), but when he said of this change with the new name, also came new sound. In Final Fantasy his music came from the works of his hands with the violin. In his new album, Heartland, more electronics and a fuller sound.

Shame how he’s going to referred to now as Owen Pallett. I’ve always thought Final Fantasy added pizzaz to his music. But music and art is fickle, so it will always evolve. At least some great tunes will always be expected from him.

Owen Pallett – A Man With No Ankles by Thieves By Tuesday

Yes, I'm back! It took me the deletion of Thieves By Tuesday* at the free web hosting site, Blogger, to realize the mistake I've made in the first place upon making this blog, and its working with Blogger. I'm in high hopes now that I'm in the WordPress family, an event like that will be avoided for eternity.

You might notice how, over and over, I reiterate the stress I have with my college course and the absence of free time with all of the things I’ve been balancing. It’s annoying, I know. But every single time I share my sentiments with you all, the burden is lifted. If not, then it’s alleviated. So please, do bear with the mundane complaints I have with my life. You probably have your own compensation, like eating a tub of ice cream or hitting the party scene to get your thoughts of your problems. Mine is simply, saying it all, right here.

The Weeklies for the 2nd week of September is a battle cry for those who tried to scare me off. There were a few people who were disappointments, but the kind and warm-hearted readers of this blog reminded me that I am the captain of my ship. With all the angst in the songs included, I top it off with songs to tug your strings. The songs both blasé and petulant, poignant and pokerfaced. But with the persistent musicality, the lines between the contrasts are blurred and you’d find yourself inexcusably drawn.

♫ “Spanish Sahara” by Foals
♫ “Spectacular Girl” by Eels
♫ “Runnin (Philippians Remix)” by The Pharcyde
♫ “Evil Woman (Remix ft. ELO)” by Hoodie Allen and Mike Posner
♫ “Walk in the Park” by Oh No Oh My!
♫ “Soldier On Big City” (Love Affair Remix) by The Temper Trap
♫ “Cameras” by Matt & Kim
♫ “Julius” by Starfucker
♫ “Drugs” by Ratatat
♫ “If You’re Feeling Sinister” by Belle and Sebastian
♫ “F*ck The Pain Away” by Chico Fellini
♫ “This Modern Love” by Bloc Party
♫ “I Walked” by Sufjan Stevens
♫ “The Fuck You Remix” by Chiddy Bang feat. Cee Lo
♫ “Transparency Is The New Mystery” by Marnie Stern
♫ “Your Control” by Crooked Fingers And Neko Case

Marina and the Diamonds, Music Video

The official video for Marina‘s single ‘Shampain’, taken from her debut album ‘The Family Jewels‘. A lot has been said about this video being a tribute to Michael Jackson, and I do see that inclination in this video.

Though Marina does look a bit stressed out in the vid, you can appreciate the song fully with your peepers closed.

‘The Family Jewels’ is available to buy here:
http://bit.ly/tfjmarinastore

5 months too late I am on throwing compliments on Sunday Girl, but better late than never, eh? Heard her music 2 months ago but with all the new music and remixes coming in, I forgot to post about her and while I was working on the blog my iTunes was on random and played her cover of Laura Branigan’s Self Control and I just had to know who this voice behind the cover was. And then came Sunday Girl!

UK has always have a lush breed of artists from Lily Allen to Imogen Heap and just recently, our most loved Ellie Goulding. Sunday Girl just joined this breed. The twenty-one year-old British singer, whose real name is Jade Williams, was coined Sunday Girl courtesy of forgetful customers of the pet shop she worked in every Sunday as a 14 year-old.

Although constantly compared to the likes of Neon Hitch, Sky Ferreira and Florrie, her sound has a distinct quality. And despite the 1000 plus plays she has on her Myspace account, her amazing debut single Four Floors had been remix by big time names like Diplo and Russ Chimes, one of which you can preview below. She is currently signed to Island/Geffen Records in the U.K. last year and and now working on her debut album together with Jim Elliott (Kylie, Ladyhawke). Her upcoming record, which she promises to be a mix of alt-pop electronica is launched in her Self Control cover of the Laura Branigan hit. Perhaps a little generic but Sunday Girl’s angsty twist and mesmerizing take on her music (add to it the electronic soundscape) educes double takes from music lovers.

Check out her tracks below 2 streams and free for all downloads, adding up her cover of Time To Pretend!