Cry Me A River, Gabriella Cilmi, Justin Timberlake, Sweet About Me

No, she’s not a Playboy playmate. She’s Gabriella Cilmi, whose been around for quite a while in the music scene but still has that strong and soulful croon credit worthy. For someone so young, she has some talent!

This Melbourne, Australia export is a jazz and pop singer born in the 10th of October 1991. She showed her musical talent early in her life. At 12 years old she was signed in Australia’s Warner Music Group and now to Island Records. Her hit album Lessons To Be Learned was released 2 years ago, the 18th of February 2008. Although I haven’t heard any new stuff from her, let’s just savor these two tracks from her. If you like Amy Winehouse, you’d surely dig her sound.

Across the Sky, Justin Timberlake, Madonna

New Justin and Madonna track. We all know Justin’s been busy with his upcoming movie, The Social Network but he just can’t help making music, especially when its with the queen of pop, Madonna. 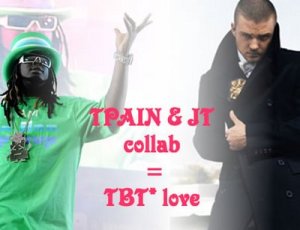 This is the official remix of Can’t Believe it, the T-Pain track which features alpha dog, Justin Timberlake. Can’ Ya Dig It?

GO HERE FOR A STREAM.

Justin Timberlake is bringing on the magic. Magic is a new track by Justin and is rumored to appear on his upcoming studio album. Smooth track.

Clifford Joseph Harris, Jr. has got it made. AKA as T.I., he has a made new tracks with music heavyweights such as Rihanna and Justin Timberlake. Here is the *fresh* track from T.i. and JT, Dead or Gone plus an extended version of Livin’ Your Life.

Soon as the album is released, I will post the mp3s… Sorry!